Humans, Otters and Bobcats, Oh My! 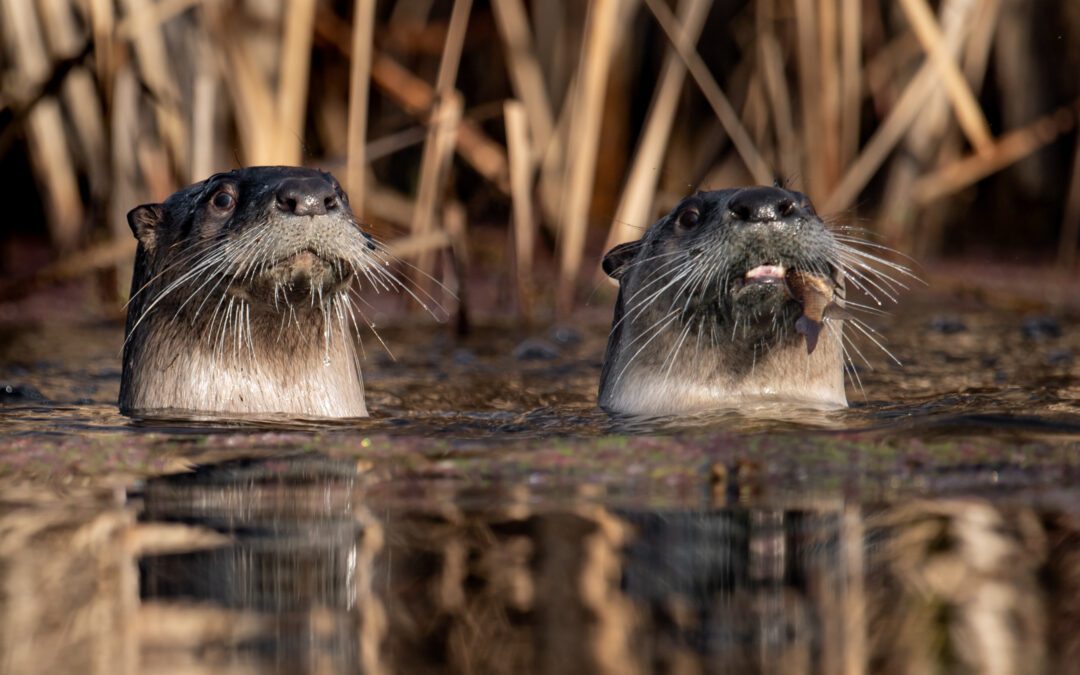 I recently received an email from a local property owner whom I would describe as a dedicated conservationist and a valued partner of LMEF.  In his own words “November will mark my twentieth year of wildlife conservation.”

He shared the following:

“Perhaps the most rewarding conservation sights IMO, is observing a species once extirpated from the area. Extirpation can be attributed to habitat loss, disease, or over harvest. There is no clearer sign of conservation success – At some point, we messed up. We impacted a species so greatly, they no longer occupy the area. Conservation efforts reverse the course and reintroduction efforts correct that action.“

1. root out and destroy completely

Officially considered extirpated from Indiana by 1942, river otters were absent from the state for more than 50 years. Then in 1995, the DNR began a reintroduction program aimed at re-establishing a healthy otter population in several watersheds around the state. A total of 303 otters were released between 1995 and 1999.

The otter population began to expand sufficiently through natural reproduction and in 2005 river otters were removed from the state-endangered species list. Since that time, otters have been documented in more than 90 percent of Indiana counties, far surpassing reintroduction goals. The population continues to expand and has become so plentiful that the DNR started allowing hunters to trap them again.

Indiana has historically been home to bobcat, but unregulated take and habitat loss caused their numbers to drop by the mid – 1900s.  These low population levels landed them on the state’s endangered species list in 1969, where they remained until 2005.

Conservation officials did not reintroduce bobcats to Indiana, nonetheless their population is on a remarkable upswing. They are still a protected species in Indiana, meaning they cannot be hunted or trapped but recent research reported to the DNR gathered from trail cameras, sightings, roadkill and other data now put the bobcat population at a thousand or more in about 60 counties. They are typically seen in the hills, woods and reclaimed mines of in the southern part of the state so this sighting in Marshall County is quite rare.

Each species in an ecosystem has a specific role to play and most of these are interdependent on each other for their survival.

It is encouraging to know that we have two examples of rebounding species right in our own backyard.

Thank you, Sean Murphy, for your continued stewardship and for sharing the videos from your trail camera.