A Gibson Girl on Lake Maxinkuckee 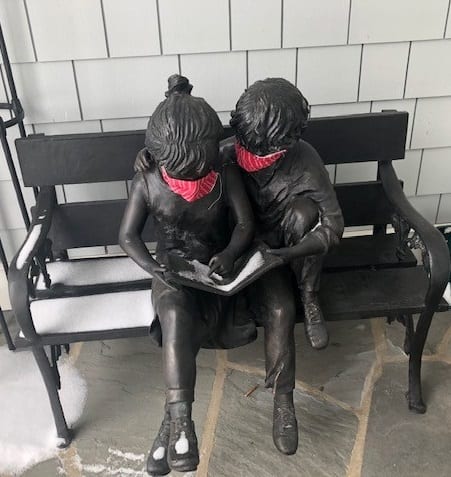 The personification of the feminine ideal of physical attractiveness as portrayed by the pen and ink illustrations of artist Charles Dana Gibson during a 20-year period that spanned the late 19th and early 20th centuries in the United States.

I met Ginny Gibson back in the 1980’s when my husband and I first moved to Plymouth.  I enjoyed spending time with her back then on the tennis courts and working on various Tri Kappa committees.  I had not seen her for years but she and her husband, Dave, stopped by the LMEF office to welcome me when I first started my new job here.   I did not realize they had retired full-time to a home on Lake Maxinkuckee and was thrilled when I discovered they had preserved the history of the original cottage and agreed to share the story for this blog.

Much of this article is from a written history of the property supplied by Dave Gibson.  As a result, I was able to set aside the note taking and just enjoy the Gibson’s hospitality.

Records indicate the house was originally a two-room fishing cottage known as the “Fish House” built around 1881.  It was expanded and changed over the years to a six-bedroom cottage.

The first recorded owners were the Jameson/Judah family from Indianapolis.  Mrs. Mary Jameson’s brother was married to Mary Booth Tarkington, the sister of Newton Booth Tarkington, the Pulitzer Prize author.  Beginning in the 1890s, at the age of 21, the author visited the lake and stayed at the cottage often. It is thought that much of his writing of the book “The Gentleman from Indiana” was done while staying there.

From the Jameson Family to the Gibson Family

The Jameson family sold the cottage in 1952, and it changed hands a few times until 1960, when Frank Osborne purchased it and kept the home for almost twenty years.  Dr. Frank W. Teague, an avid fly fisherman, acquired the house in 1979 and his daughter, Katherine “Kitty” (Teague) Schaub inherited it in 1993.  Kitty and Joe Schaub had three children: Joe, Steve and Betsy (Nye).  The Teague and Schaub families were avid sailors and active in Maxinkuckee Yacht Club.  Joe and Steve, along with their families, still spend summers at the lake.

Kitty died in 2006 and the Gibson’s purchased the property in July of 2007.  After determining they could not remodel the original structure, with the help of Architect Doug Dickenson, in 2010 they began their new home construction.  Thankfully, they managed to salvage and integrate some of the history from the original house into their new home.  The lower level showcases wood plank paneling, beams, windows, a light fixture and artwork from the original cottage.  Dr. Teague’s old canoe hangs from the ceiling here.  The guest book dating from the early thirties, graciously given to the Gibsons by the Schaubs, still welcomes visitors in the foyer.

The highlight of the lower level is the north wall, which is covered with very special wood plank paneling removed from the living room of the original cottage, cleaned and reinstalled. You can make out the carved names of about two dozen guests and the daily temperatures from the summer of 1899.  You will also find a sketch by Booth Tarkington, reminiscent of a Gibson Girl, along with his signature, dated 1897.  Other sketches and numerous visitor names from 1897 – 1901 decorate the planks.  Ginny laughingly conjectured they had some wild parties back then.  If walls could talk, these are still telling quite a story.

One of the planks features a more modern message from the Dickenson family, one of the brief owners of the cottage prior to the Teagues, “We were here in 1956 to 1960.”  This is the same family as that of the architect of the Gibson’s new home, Doug Dickenson.  Doug knew his family had briefly owned a cottage at Lake Maxinkuckee but did not realize it was the actual location of the home he designed for the Gibsons.

What is Old is New Again!

I am amazed and intrigued by the multiple generations that have been coming to Lake Maxinkuckee for over a hundred years.  However, I am equally intrigued that a first-generation lakefront property owner has managed to combine the new with the old and preserve a piece of history in such a beautiful and unique way.  Ginny stated that they wanted their new home to fit in with the historic neighborhood of East Shore Drive.  I think they accomplished that and have their own Gibson Girl right here on Lake Maxinkuckee!

He had a girl’s picture that he should carry in his heart till his last day; and if his life was sadder, it was infinitely richer for it. His winter fireside should be not so lonely for her sake; and losing her, he lost not everything, for he had the rare blessing of having known her.

Booth Tarkington ~ A Gentleman from Indiana 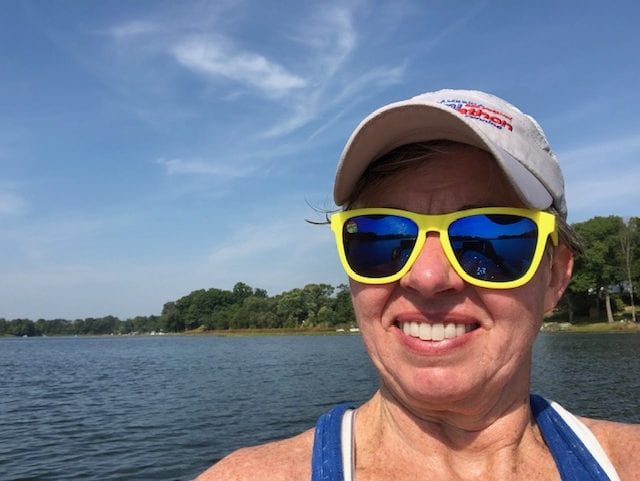