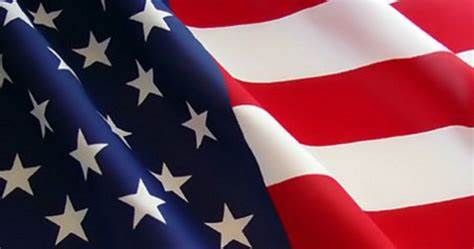 After publishing my last article about Portledge, more than one person commented about the Vice Presidential visit to that cottage in the early 1900s, so I felt it warranted a story.  No matter your politics, it’s a big deal to have the Vice President of the United States at Lake Maxinkuckee, then and now.

Paraphrased from Maxinkuckee History Pasttracker and information sent to me by Katherine Moseley, 3rd generation co-owner of Portledge.

In 1905, Vice President Charles W. Fairbanks was received “…with the formalities befitting a guest of prominence.”  Fairbanks was VP to Theodore Roosevelt from 1905 – 1909.

Vice President Fairbanks was the guest of Mr. and Mrs. Charles Coffin, the original owners of Portledge.  VP Fairbanks practiced law in Indianapolis, where Charles Coffin lived.  Mr. Coffin was one of the founders of the Indianapolis Commercial Club, a group that represented progressive interests of the community, and perhaps it was there that the two men met.

A general reception was held in honor of Vice President Fairbanks aboard the White Swan, a “double-decker floating palace.”  The upper deck was a 40’ x 70’ dance floor and the lower deck served as an ice cream parlor and area for cards and other parties.

What a memorable occasion this must have been.

Excerpt from Maxinkuckee History Past Tracker regarding the White Swan:

“1905 – Jul 6 – The White Swan Launched. …There are many good people who dance, and its use should be reserved for that class. Care must be exercised that it’s not given over to the overflow element of the cities and to those here who do not have the proper regard for law and decency.”

I’m sure you are all aware of Mike Pence’s visit to Lake Maxinkuckee this past summer.  I had heard that he was visiting but forgot until I was riding my bike around the lake.

I saw a sign stating “Stop Ahead” and initially thought it was Operation Pull-over to check for impaired drivers.

WOW! The people on Lake Maxinkuckee must really celebrate 4th of July if East Shore Drive warrants that kind of attention!

Once I cycled a little farther and saw the crowd of clean shaven men dressed in black I remembered the VP’s visit.  I had no idea what the proper protocol was for stopping on a bike so slowed down and made eye contact.  I was wearing lycra and it was obvious that I wasn’t carrying anything other than a little extra weight around my midsection, so they waved me through.  There was a second check point a little farther south and, knowing no one was going to draw their weapon and tell me to stop, I breezed through without slowing down.

It was just past the marina that I had a real dilemma.  I could see several black SUVs ahead with government license plates.  I also saw people on bicycles, then more vehicles.  I was going faster than they were and was undecided as to what I was supposed to do.  Am I allowed to pass them????  I was not out for a leisurely ride and they were killing my pace.

Fellow cyclists, you know what I’m talking about!

Taking a risk, I decided to pass.

I overtook the first vehicle and just waved, came to the secret service detail on bikes, then two VIP riders, more secret service on bikes, then a few more vehicles.  I needed to change gears while passing and cringed at the clicking noise.  I wondered what people with guns, guarding other people, would think of that noise. I was quite nervous about the whole thing but passed without incident.  I quickly went on my way.

I couldn’t help but reflect on my freedom to grab my bike and go out for a solitary ride whenever I want to.  It looked like it took at least 20 people and multiple vehicles for two VIPs to go for that bike ride.

Oh, give me land, lots of land under starry skies above,
Don’t fence me in.

Let me ride through the wide-open country that I love,
Don’t fence me in.

I don’t know if any of you were able to receive Vice President Pence  “…with the formalities befitting a guest of prominence”  while he was here, but I like to imagine that he enjoyed the peace and tranquility of Culver and Lake Maxinkuckee just like the rest of us do.