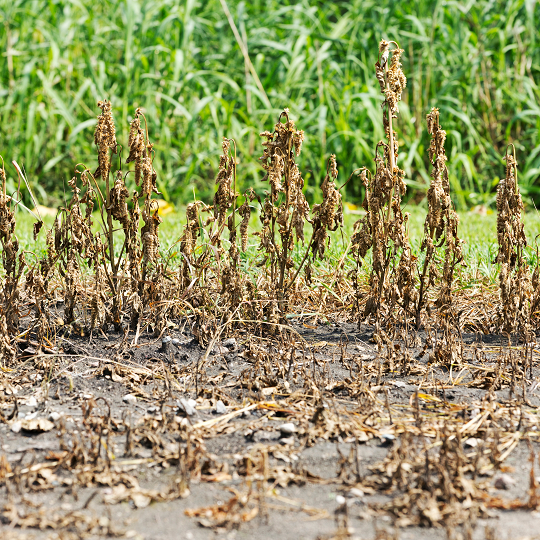 I recently received a call from someone concerned about their neighbor using Roundup near the lake.  Since this is the second call this summer, I thought it would be a good opportunity to share information on the topic.

Roundup is the brand name for the first glysophate based weed killer, which was invented in 1974 by Monsanto.  Though glysophate is now sold under many other names, Roundup is still the most common and most widely used.

Roundup was a game changer for large scale agriculture when it came on the market for the simple reason that it was excellent at controlling weeds.

Is Round Up Safe?

In 2015, a United Nations agency listed the active ingredient in Roundup as “probably carcinogenic.” The announcement set off a controversy over whether a link between Roundup and cancer exists. Courts and regulatory agencies have had conflicting reactions to the connection claim.

In 2017, the United States Environmental Protection Agency issued a draft report that concluded glyphosate, the main ingredient in Roundup, is safe and “not likely” to cause cancer in humans. The EPA is still reviewing data on the herbicide to determine whether it is a harmful product.

There is a lot of information available for you to research and determine for yourself whether or not you want to use Roundup.  But you should ALWAYS read the label of any herbicide or pesticide that you decide to use, and the Roundup label states:

To protect the environment, do not allow to enter or run off into storm drains, drainage ditches, gutters or surface waters. Applying this product when rain is not predicted for the next 24 hours will help to ensure that rain does not wash off the treatment area.

The fact that Roundup’s product label specifically mentions keeping it from getting into waterways should be reason enough to avoid spraying it near the lake or any open water.  Unless it is specifically labeled for that purpose, no chemical should be used around ponds, lakes, streams, or other bodies of water because:

What is the Alternative?

#1 Best Solution – embrace a more natural looking landscape and stop stressing about the weeds.  Use native plants, that will thrive, provide food and habitat, and crowd out the weeds.

Some see a weed, I see a wish.